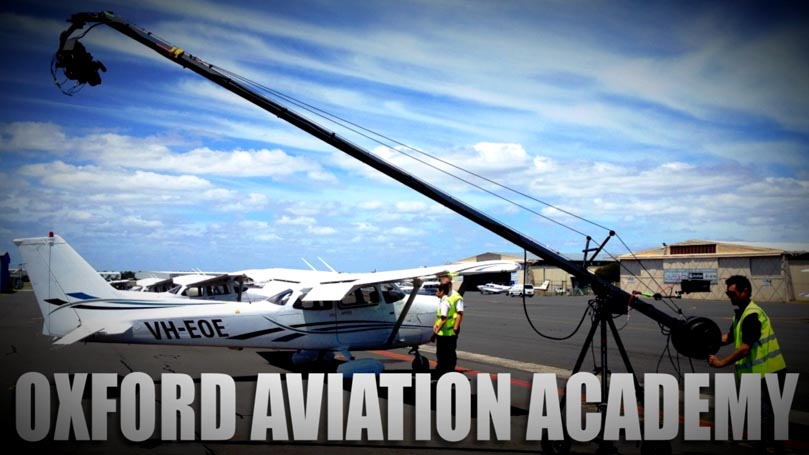 Rockmans Creative Media’s project of the month for March showcases a promotional video production for Oxford Aviation Academy… and yes, they are of the prestigious Oxford University.

Day 2 we captured the visual components and were able to bring our large scale camera crane to the tarmac.

Day 3 was the air to air shoot day.
This was where Oxford Aviation removed the doors from a plane, harnessed up the RCM crew and flew planes beside us so we could capture them banking in the air.

With all interviews and vision captured for the promotional video we were ready for the post production process.
RCM animated the Oxford Aviation Academy logo, created an animating title strap, choose multiple music tracks and began the editing process. The challenge when editing an interview based promotional video is creating flow. RCM promotional videos always feature a strong backbone to hold the story together, delivering a clear start, middle and end.
We chose Oxford Aviation Academy CEO for this role and then added a hero to the video, which is the Qantas Cadet.

This month RCM is featuring the director’s cut of the promotional video production for Oxford Aviation Academy… with such wonderful vision how could we not!